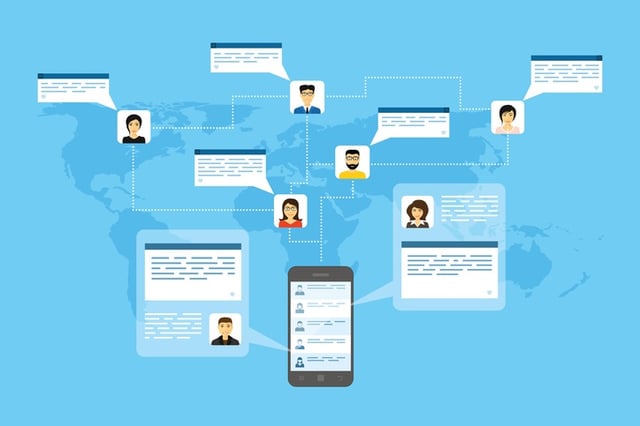 It seems that social media becomes more important in people’s day-to-day lives with every passing year. Not long ago, sites like MySpace and Facebook were simply ways to keep up with family members and reconnect with long-lost friends. But today, social media yields unprecedented power over people’s opinions, on everything from political candidates to brands and products. These platforms even stand to help organizations like yours survive an otherwise devastating digital crisis.

The Growing Influence of Social Media

Social media use has grown rapidly in the United States: In 2005, only 5 percent of American adults used a platform such as Facebook or Twitter. Today, nearly 70 percent of adults are on social media. Their top reasons for visiting these sites include connecting with one another, entertaining themselves, sharing information and, perhaps most notably, engaging with news content.


We saw this trend play out during the 2016 presidential election cycle, as a growing number of social media users began getting their news updates from platforms such as Facebook and Twitter. In fact, Pew Research found that 67 percent of U.S. adults reported getting at least some of their news from social media. This shift in news consumption obviously has implications for the political sphere, but it also should impact how corporations think about disseminating and “guiding” news stories.

A Source for Real-time News Updates

Today, organizations of all kinds must accept the fact that their social media presence is important. This is particularly true when a crisis occurs, because that’s when consumers, clients, shareholders, and the public at large all turn to the internet to get breaking information.


Even today’s 24-hour news channels and websites can’t keep up with the real-time nature of social media. It’s no wonder people reflexively turn to Twitter and Facebook for the latest news.


The trend of turning to social media for the latest developments on a news story actually works in your favor. Your organization’s social media platforms provide you with a direct line of communication to a variety of stakeholders, including consumers, clients, and everyone in between. And when a digital crisis strikes your company, you want to be able to guide the story as much as possible. Ideally, your perspective on the crisis would be at the top of people’s minds. Social media is the most effective way to make that happen. The real-time, far-reaching nature of sites such as Facebook and Twitter makes them ideal for crisis management today.

Today’s digital crises spread and evolve extremely quickly. Whether you’re coping with a viral news story, a harsh customer review, or a damaging live video, you and your team need to be able to respond immediately to any digital crisis, and then begin work to take control of the story.


As a digital crisis unfolds, you will most likely need to work against the “official” story that the news has presented, or the perception of your various stakeholders, in order to present the organization’s side of the story. Social media is an ideal platform for telling your side of the crisis. You can also post written or recorded statements to your website to ensure visitors hear your message.


Social media isn’t only beneficial because it quickly reaches an enormous audience. It also adds a human touch to your crisis response, which can make your message much more believable and better received.


A variety of brands are already winning at crisis management through social media. For example, software development firm Gitlab landed in a terrible crisis when an employee accidently removed client data from its server. With clients that include IBM, NASA, and Alibaba, the company knew it was in big trouble. Luckily, it handled the crisis amazingly well, giving new meaning to the word “transparency.” Gitlab announced the problem through social media, told everyone exactly what happened, and then used the platforms to ask for help from the software developer community—an approach that its clients, and the public at large, appreciated.


KLM Royal Dutch Airlines also serves as a good example of a company that leverages social media for effective crisis management. For instance, in 2010 when flights were disrupted because of a huge volcanic ash cloud, the company not only kept stakeholders up to date using social media, it also leaned on Twitter and Facebook for customer support. This kept customers from having to wait on the phone or at the ticket counter for hours on end and, ultimately, helped KLM resolve its flight issues more readily.

A digital crisis can hit at any time and can spread with dizzying speed. Your team should be equipped to respond just as quickly to ensure the organization can stay ahead of the evolving story.


Crisis management through social media requires effective, well executed crisis plans that are operationalized for our digital age. A mobile crisis management solution allows you to transform lengthy planning documents into digital playbooks, giving your team anywhere, anytime fingertip access to the information it needs when a crisis strikes. Team members can instantly post pre-approved statements to your organization’s website, social media platforms, and other channels to ensure that the company’s perspective is heard—confidently and clearly—before the story gets away from you.

Previous article:
2018 Will Be a Wild Year – How Robust is Your Crisis Plan?

Next article:
Why Digitizing Your Business Continuity Plan Has Become a Necessity
Recommended articles