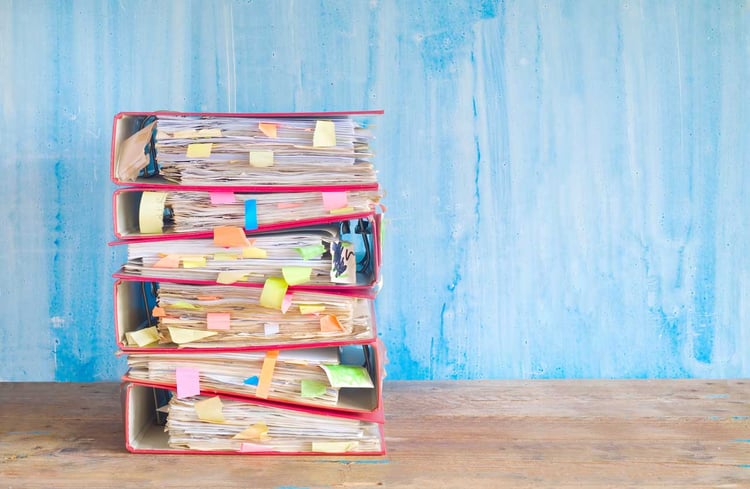 
Do you recall what you were doing that day? No, me neither!


At least some of you began that early summer day standing in line at your local Apple store for the first ever iPhone.


Yes, that was really ten years ago.


Since then there has been 12 billion sales of the iPhone. If you were not in line in 2007 to get the first one, the chances are that you have one now.


To put into context the 12 billion of iPhone sales in just one decade:


The humble ring-bound binder is a lot older.  121 years older to be precise.


Ring binders were invented by Friedrich Soennecken in Bonn, Germany in 1886. Later that year he also registered a patent for a ‘paper hole maker’ – now known as the hole punch.


All credit to Herr Soennecken. There is at least one walk of life in 2017 where his 130-year old creation is keeping at bay the power of 12 billion iPhones – the storage, access, and activation of crisis plans.

To those of us in the business of helping organizations prepare for the worst, while hoping for the best, it is utterly baffling!


For a long time, creating a new, up-to-date crisis plan was one of those items that started out on an organization’s annual to-do list but once the hard realities of budget planning hit home, it often did not make the cut.


But these are very dangerous times for business and reputation. Having an up-to-date crisis plan is a ‘must have’.


In recent blogs, we explored the idea that this is the Golden Age of Crisis, triggered by advent of digital and social media, technology in the hands of the many, millennial attitudes to brands and the rampant uncertainty in political, cultural and social spheres.


The speed at which an issue emerges, blooms and becomes a full- blown crisis requires a wholly different response than in years gone by and organizations must deploy modern digital techniques and tools in their crisis defenses.


If your crisis plan is more than two years old, I am pretty sure it would fail you if the worst happens.


And a crucial part of updating your plan is to make sure it embraces modern technology.


We are biased here at RockDove Solutions as we created the market-leading In Case of Crisis mobile crisis app, now used by more than 750 organizations.

But with 12 billion iPhones out there, plus all the billions of competitor smartphones, is that not the most effective and accessible tool on which to store, access and activate your crisis plan?


I doubt if even Herr Soennecken would think that after 130 years his binder, stored in a forgotten, dusty cupboard back in a closed office, is the place where you should have to go searching for a plan when the worst is happening at digital speed to your organization.

Next article:
Technology Is Evolving—Your Crisis Management Plan Should Be, Too
Recommended articles