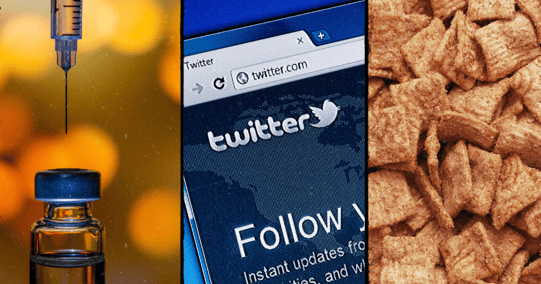 It would be hard to top 2020 for a rich slate of crises – after all, last year suffered the advent of a global pandemic and the US had a contentious and confrontational general election that split families, friendships and workplaces.

However, 2021 is already delivering a wide array of fascinating issues, some of which feel familiar and others which are new. Many have a lesson for those of us thinking about how we can avoid the next threat to our organization. Here are our takes on three of the most noteworthy:


WHAT HAPPENED: Even as the increasing supply of vaccines brought a glimmer of hope that the end of the pandemic is in sight, significantly large numbers of people are resisting the vaccines based on widespread misinformation. Yet, as NPR pointed out you are three times more likely to get struck by lightning than die as a result of a vaccine.

THE LESSON: The reasons why misinformation not only persists but appears to be spreading is complex; part cultural, part political and also to do with people’s need to find direction in an otherwise scary, chaotic world.

The good news is that there are increasing resources to help identify and manage misinformation. Marketing newsletter The Drum recently examined a new scheme from the independent fact checking organization Full Fact.

And a reminder that, we wrote a blog about this issue last November and shared how the World Health Organization (WHO) is helping tackle the spread of misinformation.


WHAT HAPPENED: The increasing focus on social issues, notably discrimination around race and gender, which were big themes in 2020, has continued to put individuals and organizations in the spotlight.

A high-profile example, in a well-publicized and drawn-out saga, is Teen Vogue which lost its recently installed editor after racist and homophobic tweets emerged.

Alex McCammond, now aged 27, resigned in mid-March, after screenshots of the tweets she posted as a teenager in 2011, and later deleted, resurfaced days after she was appointed on March 5th.

THE LESSON: The internet never forgets. And, with the scrutiny and accountability that goes with any position of authority and influence, your only hope if you have discriminatory and insulting social media posts in your past is to come clean, express regret and hope that you are forgiven. Even then it is a long shot, but it is better than the old posts being ‘discovered’ by others and revealed at the worst possible moment.

There are more reasons than ever for HR departments to examine everything a candidate has posted – and for reputation managers to know exactly what their senior executives have posted in the past, including before they joined your organization.

General Mills and the shrimp in the cereal


WHAT HAPPENED: A consumer, who also happened to be a reasonably well-known writer and comedian, Jensen Karp, with a significant following on social media, claimed that he found shrimp tails in his box of Cinnamon Toast Crunch. The ham-fisted response from the food company’s social media team led to a massive escalation of the situation with the matter becoming a trending story across the media and the social universe – and almost certainly led to millions of Americans checking the contents of their cereal packets. Ironically, cereals had been undergoing a sales boom during the pandemic. Eventually, a matter which could and should have been no more than a minor bump in the road, became a full-blown crisis with General Mills CEO Jeff Harmening appearing on TV to reassure everyone that the company does take food safety seriously.

THE LESSON: One would have thought that ‘foreign object in cereal packet’ was a well-rehearsed issues management scenario within General Mills and that the company and its social media team has a thoughtful protocol for making the loyal consumer feel they are being taken seriously, whilst having the offending objects examined to work out what they were and how they might have got mixed in with food.

Apparently not. Jensen Karp felt so insulted and disrespected by the response from General Mills that he went on a crusade to make it as visible and viral as possible.

Forbes has an excellent piece examining the crisis management lessons.

Last year’s pandemic caught most of us by surprise. So far, this year’s issues are a little more predictable and should be in the crisis management playbook of most organizations. However, even then, misinformation and discrimination are complex ideas and have the ability to wrong-foot any organization. With such difficult topics to manage, it is even more surprising when a company drops a routine fly ball, as did General Mills. It has never been important to have an up-to-date preparedness plan on which the team is well drilled, so that you respond effectively during those first few steps of an emerging threat.